How to make your dog eat slower…

While choosing a right dog food bowl, it is worth paying attention to the slow feeder bowl available in the offer of Fiboo. The flexible bowl insert guarantees the extension of the meal time. It is very significant especially when we have a puppy which swallows food in a hectic pace.

Dry dog food with a balanced composition is nowadays often chosen by owners as the basis of their pets’ diet. They contain a concentrated dose of nutrients in a relatively small portion. When the food reaches the stomach, it puffs up and increases its volume, giving a feeling of fullness. However, it needs some time to do it. In case of dogs eating food too quickly, this time is too short and the pet is hungry again after consuming the prescribed dose and wants to eat some more over and over again.
Such situation can obviously cause overfeeding, overweight and obesity among our pupils.

Another aspect of greedy eating is the increased risk of dangerous gastric dilatation and torsion.The problem concerns mainly large and giant dogs. The stomach expands as a result of the accumulation of air in it, as well as other gases and fluid (resulting from the fermentation of food, its presence in the stomach and secretions of the gastric glands).

It is not known whether the stomach first dilates or convulses and then rotates as a result of progressive bacterial fermentation and lengthening of the hepatogastric ligaments.

It rotates mostly 180 degrees, but there are cases where it rotates even 360 degrees. This arrangement prevents the transfer of food contents to the intestines and prevents the escape of constantly accumulating gases in it. It also leads to, among other things, venous stasis and a drop in blood pressure. We can also expect a hypoxia in many organs. This situation is a direct threat to our pet’s life, requiring quick intervention by a veterinarian. Dogs suffering from gastric dilatation and torsion are most often referred to a veterinarian with gag reflexes, excessive salivation, and abdominal distension. They become then weaker and lie on their side, and the number of their breaths apparently increases.

After a clinical examination and taking X-ray images, the doctor can determine whether the stomach has only dilated (in this case, trying to get rid of gases and food content from the stomach and pharmacological treatment may be enough) or whether a torsion has occurred, so the surgical intervention and restoration of the correct stomach position is necessary. The prognosis for gastric dilatation and torsion is careful.

Let’s not forget about it – we shouldn’t underestimate the symptoms.

Only quick intervention gives our pet a chance to survive. 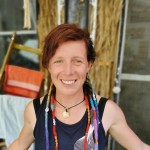 Previous Reading
How to stop dog bowls sliding around?
Next Reading
Your cat at the vet

Animal physiotherapy – what is it?

The cat is not malicious. Maybe something is wrong with him?

Your cat at the vet

office@fiboo.pl
I speak
and my currency is